Travel Hacks, What to do in...

Is Melbourne the second greatest city in the World? 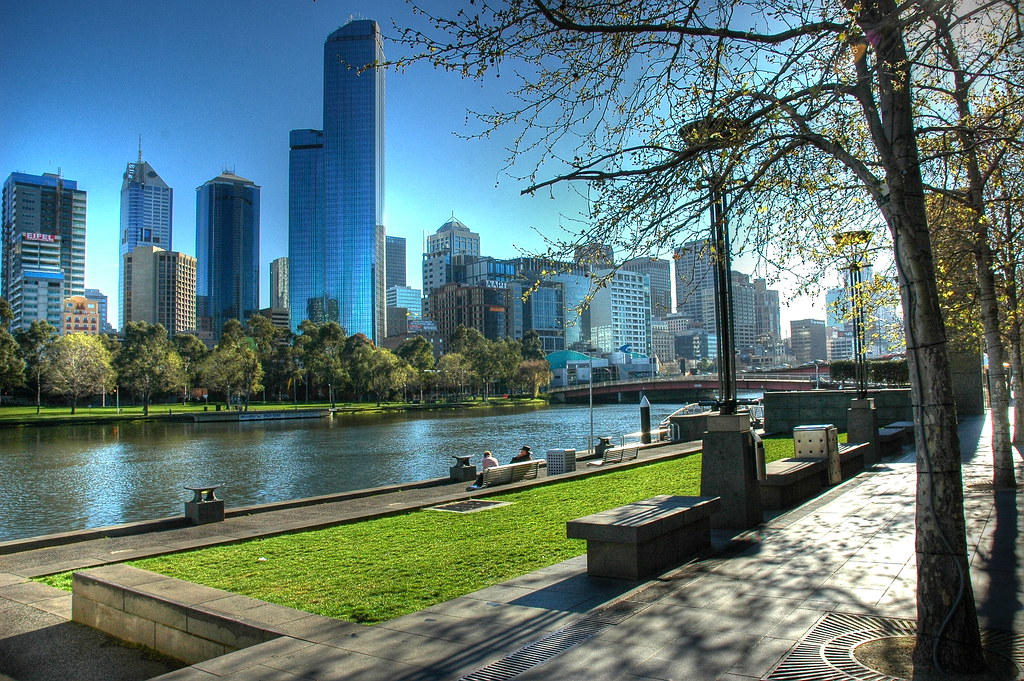 Is Melbourne the second-greatest city in the world?

While you might wax lyrical about the joys and wonders of London, Paris, Chicago, or…erm… Manchester, know that, in terms of research conducted by TimeOut, Melbourne comes out nearly on top, only being beaten by the grandiose spectacle of New York. You don’t have to agree, of course. To be honest, the best of anything is down to personal taste, but if you were planning to take an Aussie adventure this year or next (or somewhere down the line), you might want to consider why Melbourne could be your number-one destination of choice.

Here’s what we came up with when researching this high-ranking city.

Melbourne is famous for being the sporting capital of the world

Not content with being the second greatest city in the world, Melbourne also has this prestigious title to add to its accolades. Of course, if you don’t give two hoots about sport, then you wouldn’t care less. However, if you are mad about Aussie-rules football, bowled over by cricket, and are a lover of rugby, tennis, grand prix or horse racing, then this is probably the city to visit. With special events including The Melbourne Cup and Australian Open happening each year, you might want to time your visit in line with your favorite sport.

Not content with being the second greatest city in the world AND the world’s greatest sporting capital (our fingers hurt from typing out their accolades), Melbourne is also famous for being one of the world’s most liveable cities. They used to rank at the top, but Vienna and other destinations have now taken away some of Melbourne’s bragging rights. Of course, the locals needn’t moan too much – they are living in the world’s second greatest city, after all – but if you want to get a taste of what it’s like to live in Melbourne, you owe yourself a stay at the Novotel Melbourne Central so you know what all the fuss is about. For one, it’s the relaxed atmosphere that makes Melbourne so popular, with coffee shops, cocktail bars, and a hipster music scene that lifts the mood of the city’s inhabitants and tourists alike. And that, along with perfect scores for its healthcare and education systems, means that for any potential expats, Melbourne is possibly the best place in the world to live; well, other than Vienna, of course.

Melbourne is a shopper’s paradise 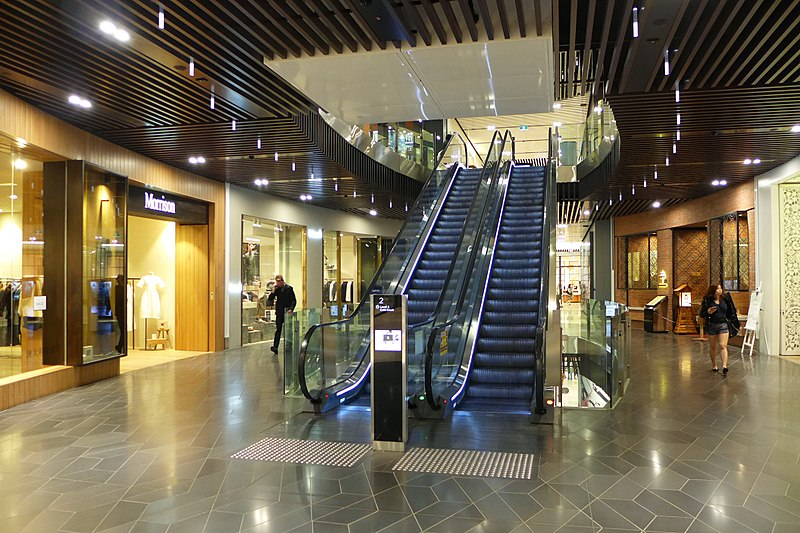 Not content with being the second greatest city in the world AND the world’s greatest sporting capital AND one of the world’s most liveable cities (our fingers are literally dropping off at this stage), Melbourne is also known as the fashion capital of Australia. You can see the reasons why in the linked article, but if you can’t be bothered watching the embedded video, know that it’s partly because Melbourne is home to some of the biggest shopping centres in Australia. With Chadstone Shopping Centre, Melbourne Emporium, and Melbourne Central, all of your fashion needs are met if you are looking for big-name designer stores. However, there are also the quirky shopping delights in Chinatown if you are looking for something a little different, and the historic Queen Victoria Market is perfect if you’re shopping on a budget, so you have plenty of options to choose from. This Melbourne Shopping Guide will tell you all you need to know. So, if you are in need of some retail therapy, and you are only willing to shop in a city that has more accolades than it knows what to do with, then we heartily recommend Melbourne for your credit card destination of choice.

Melbourne is heaven for food lovers

Not content with being the second greatest city in the world AND the world’s greatest sporting capital AND one of the world’s most liveable cities, AND the so-called fashion capital of Australia (fingers officially numb), Melbourne, according to Buzzfeed at least, is also the ‘food capital of the world.’ This is because of the many diners and restaurants that showcase some of the amazing foods that are available in other countries, with Ethiopian pancakes, Dutch doughnuts, Japanese fish dishes, and Russian soups on offer for anybody looking for something to whet their palates. And you thought Australia was only famous for barbecues and vegemite! Of course, you can still try Australia’s traditional dishes in Melbourne, as well as some of these popular street foods, but at least you know you will be spoilt for choice if you visit Australia’s second largest city (yes, another thing the locals have to brag about).

Melbourne has some of the greatest wildlife in the world 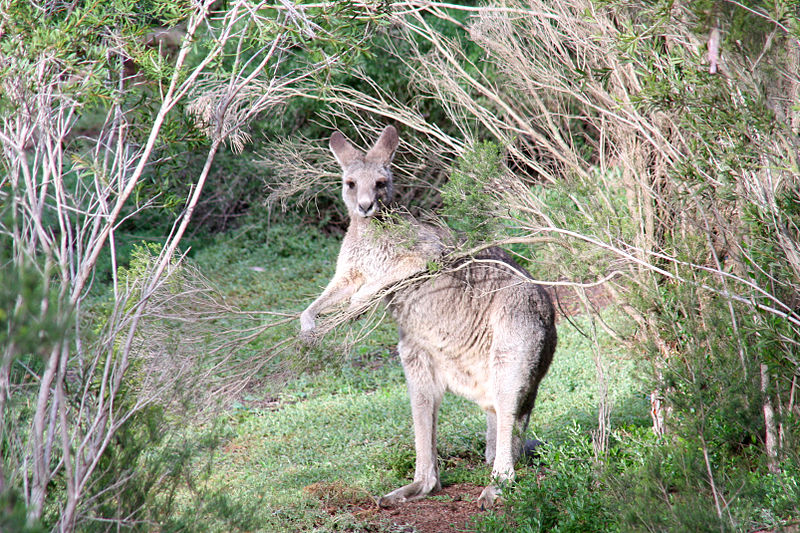 Not content with being the sec…okay, we REFUSE to go there again, although if you do want to see some of the greatest wildlife in the world, then Melbourne might be the place to visit. You could take the Philips Island Tour from Melbourne to erm… Phillips Island, and check out the penguins, koalas, and kangaroos on your travels. There’s also Werribee Open Range Zoo which, as well as containing popular Australian wildlife, will also transport you to Africa (not literally) with its vast array of rhinos, zebras, hippos, and lions. You should check out some of Australia’s native species at the Healesville Sanctuary, with dingoes, platypus, wombats, and more in their natural bush setting. And you should also visit the Sea Life Melbourne Aquarium if you want to check out Australia’s aquatic wildlife, including the rather bizarre sea dragons and lionfish. Oh, and you will also get the opportunity to get up close and personal with a crocodile! Check out these highlights and more in this guide to Melbourne’s wildlife attractions.

Melbourne is the best (or second best) at nearly everything it seems, so if you are planning on visiting Australia, and you are trying to work out which city to stay in, then this might be the place for you. You can then judge the city on its credentials for yourself, and perhaps even discover reasons to visit that we haven’t explored here. Let us know if you do!

What to do in…Las Vegas

How to…get from Milan to Lake Como

How to… spend 3 weeks in Indonesia

How we must learn to travel ethically…

Visiting York for the First Time

Four Things To Do Before Your Next Road Trip

Oh Man, You Need To Go To Oman